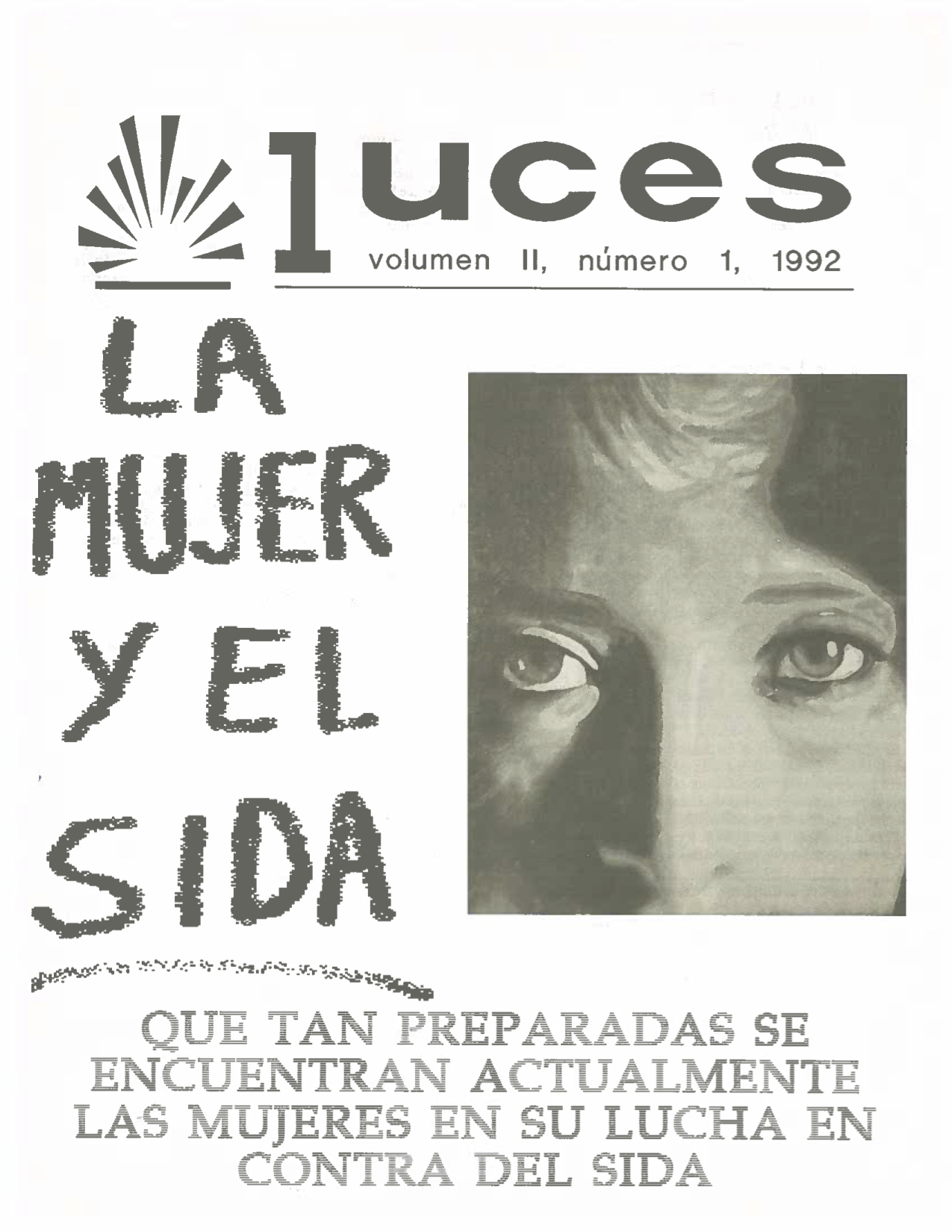 Reference
Axis Mundo
Luces
Homeboy Beautiful
Bienestar Proyecto
Magazines Chicano Luces Publication Latinx LGBTQ
Type
Magazine
Abstract
Luces Revista/Magazine was a Spanish-written safe space for queer Hispanic women throughout the 1990’s that stressed the importance of identity, expression through art, and the distribution of resources during the S.I.D.A. (A.I.D.S.) epidemic. “Luces” translates to “lights", highlighting the intention for the magazine to serve as a beacon of hope and positivity; a light to those surrounded by the darkness of oppression. Luces magazine emphasized and prioritized creation, independence, and motivation.

Luces Revista, or magazine, was a Spanish-written publication for LGBT Hispanic women throughout the 1990’s. Such a publication was essential to fostering a sense of community among queer Hispanic women experiencing a multitude of discrimination, from racial-based injustice from those outside Hispanic culture) to identity-based prejudice from family and community members. Luces 1990 Third Edition begins with a letter from the editor, outlining the rules of a typical patriarchal Hispanic family: one’s father was never questioned, los mayores (elders) were not talked back to nor bothered with questions, and most importantly, one could not discuss their personal life within the family unit — especially matters of homosexuality. With these points in mind, Luces was created to serve as a source of positivity and expressive freedom in an otherwise oppressive situation for queer Hispanic women.

Due to Hispanic family units remaining largely conservative, very little information regarding the A.I.D.S. epidemic reached impacted communities. In an effort to combat such a lack of information, Luces 1990 first covered “El Proyecto Nombres”, or “The Names Project” AIDS Memorial Quilt, a 1987 project beginning in San Francisco. This project aimed to display the names of A.I.D.S. victims that would otherwise have been forgotten in history. Luces then continued its education initiative through emphasizing the importance of practicing safe sex, utilizing available assets to become a resource for those who had none. For example, included in Luces was two-page spread on the outlined causes of sexually-transmitted diseases, their symptoms, and how to be tested for them — all written in Spanish to provide a previously unheard of level of accesibility to queer Hispanic women.

In addition, the magazine explained to readers the national state of A.I.D.S. and how Hispanic women were most directly impacted, most notably detailing how the virus could be spread through infected needles in addition to sexual contact — drawing attention to implications of drug use throughout the Hispanic community. Given the pressures relating to identity, immigration, and/or poverty, drug use was not uncommon in Hispanic communities, meaning that Luces-reading users and those in contact with users were able to be alerted to the need to be tested. The 1990 edition ended with a directory of medical services for those without health insurance — a vital resource as immigrants often did not have health insurance. As time progressed and the A.I.D.S. epidemic worsened, Luces Vol. II Número I 1992 included more information relating to the virus, medical resources, and the psychological stages of those infected.