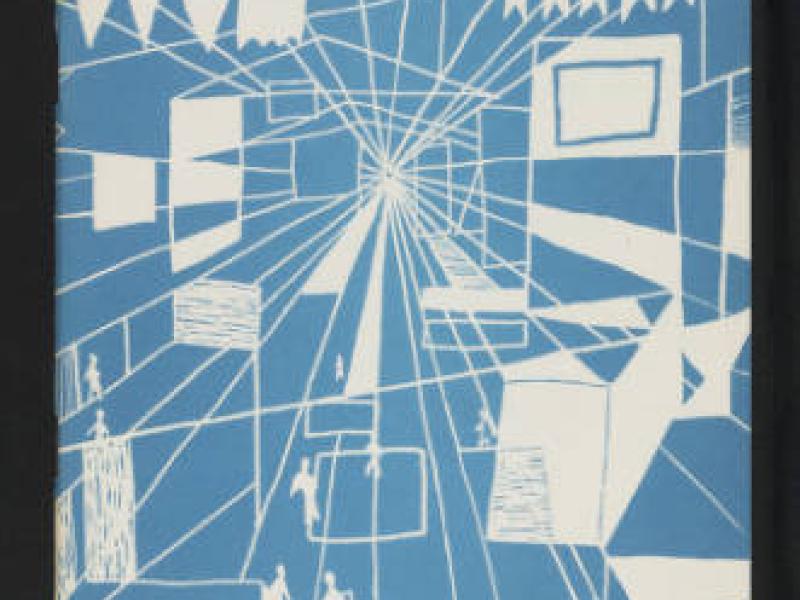 Abstract
ONE Magazine was a nationally-distributed publication put out by ONE, Incorported, a homophile organization based in Los Angeles. The magazine was published from 1952 to 1967, surviving threats from the police and federal government to provide news, essays, fiction, and more to gay and lesbians across the United States.
Content

Shortly after the organization’s founding, in January of 1953, the first issue of ONE Magazine was produced. ONE Magazine remained a staple of ONE, Inc., published every month and read across the nation. ONE, Inc., was the “first national, legally sanctioned organization dedicated to the promulgation of information on homosexuality,” and ONE Magazine was core to that mission (White 142). The subscriber count of the magazine peaked at around 5000, although as with many homosexual publications in that era, copies moving from person to person made up a great deal of their readership that went uncounted (White 142).

The content of the magazine represented a broad range of interests and concerns occupying the gay community of the day. It included news, book reviews, opinion pieces, fiction, letters to the editors, and more. The illustrations on the magazine’s covers were striking, as the art moved from the muted abstract shapes and colors of the early issues to bold illustrations and photographs.

The magazine was published out of ONE, Inc.’s office in downtown Los Angeles, at 232 South Hill Street (Faderman 117). This physical space served to help build a connections both among the staff of the organization and between ONE, Inc., and the community it served, as readers sent letters to the offices and at times, visited in person (White 143). The visibility granted by a physical office space and by the wide distribution of the magazine, however, also put the burgeoning organization at risk. Both police and FBI officers came to ONE’s offices and in August 1953, when the magazine was less than a year into its publication, the Los Angeles postmaster sent people to confiscate copies of the magazine (Faderman 117-8). ONE was prepared to go to court over the seizure of these magazines, but the copies were soon returned when the federal post office authorities who had ordered their confiscation decided that they were not obscene (Faderman 118).

This was only a glimpse of what was to come, however. ONE had begun to work with a lawyer after the magazine was seized, Eric Julber, who had agreed to work with them for free and continued to consult on the magazine, reviewing each issue for material that could potentially get ONE labeled as obscene (Faderman 118). In 1954, a second issue was seized by the post office and Julber took the case to court to fight the obscenity charge. Julber and ONE went to the Federal District Court, then the Ninth Circuit Court of Appeals, and finally the United States Supreme Court, as the lower judges repeatedly affirmed the post office’s claim of obscenity.

ONE received a ruling from the Supreme Court in January of 1958, over three years after the original publication of the issue in question. Ultimately, the court reversed the decision of the lower courts and agreed that homosexual content was not fundamentally obscene and ONE Magazine was allowed to be distributed through the mail once again. This was a landmark case, as this was the first time in history that the Supreme Court had heard a case concerning homosexuality (Faderman 118-119).

Following this successful ruling, the magazine continued publication until 1967. In 1962, ONE, Inc., moved their office from South Hill Street to 2256 Venice Boulevard, several miles to the west. The magazine was published out of that location for the remainder of its run. In 1965, ONE, Inc., went through a dramatic rift over the goals of the organization, splitting in two and resulting in a lengthy legal battle over the ownership of the name and its assets. This divide soon led to the end of the magazine, as the organization’s resources were shifted towards other projects (White 147).

The reach of ONE Magazine was vast, particularly in its early years in the mid 1950s. It was distributed nationwide in spite of the significant threat of seizure and arrest associated with possessing and distributing materials on homosexuality. Their win in the Supreme Court helped solidify their role in the early homophile community. ONE Magazine represented a unique and comprehensive resource for a disconnected group of people, providing information and support to gay and lesbian people across the United States.