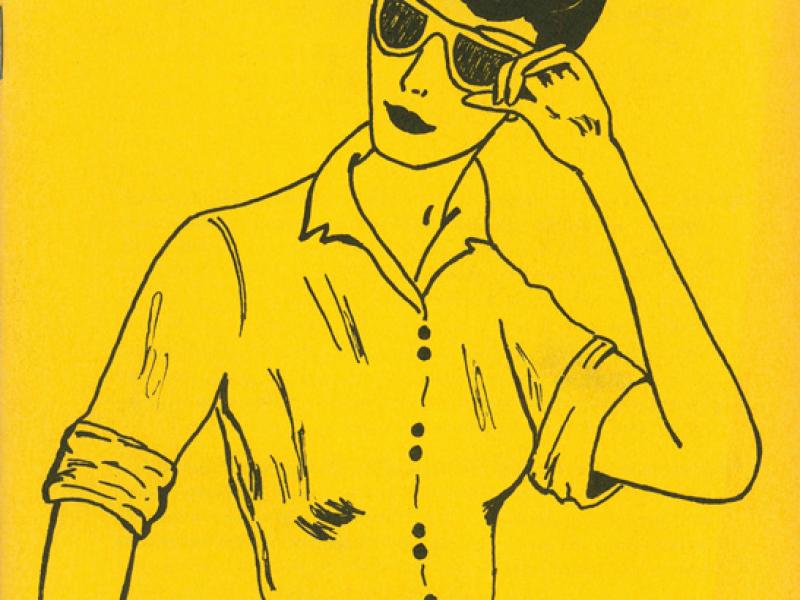 Abstract
The Ladder was among the earliest lesbian publications in the United States. It was published by the Daughters of Bilitis, a lesbian organization based out of San Francisco with a large chapter in Los Angeles. The magazine ran from 1956 through 1972.
Content

The Ladder began publication in 1956 and ran until 1972. It started in San Francisco and the base of its publication and distribution remained there throughout its run. However, Los Angeles soon became a significant site for the distribution of the magazine, which was done primarily through the mail. Additionally, many key contributors of content to the magazine were based in LA. Two key figures are Stella Rush and Helen Sandoz, who established the Los Angeles chapter of the Daughters of Bilitis in 1958. The chapter met in Sandoz’s apartment at 852 Cherokee Avenue (LA Conservancy). Sandoz was an assistant editor for The Ladder and Rush was the LA reporter; the two were partners and core to the operations of both the Daughters of Bilitis and the magazine in LA.

Other writers for the magazine included Lisa Ben, editor and writer of the first lesbian magazine in the United States, Vice Versa, and Barbara Grier, both of whom also contributed to its contemporary, ONE Magazine (White, "Drama" 146). Many of the writers wrote under pen names to protect them from the risks associated with openly writing about homosexuality at this time. The content of the magazine ranged from fiction and poetry to interviews, news, and book reviews. The covers were striking, often featuring art or photos of average lesbians.

Much of the content of The Ladder carried forward the goals of the Daughters of Bilitis by emphasizing the normalcy of lesbians. Each issue featured the mission statement of the organization printed inside the front cover, with their four-point goals that included “education of variant,” “education of the public,” “participation in research projects,” and “investigation of the penal code as it pertains to the homosexual” (The Ladder 2). The magazine had what C. Todd White calls a “comfortable, accessible style,” that contributed greatly to its success (“Drama” 146).

The Ladder received a strong response from readers all across the country, with some 700 subscribers in the 1950s (Baim 85). It received many letters from readers, serving as a strong link for lesbians searching for community and understanding. The Daughters of Bilitis also received some criticism, however, especially around their interest in assimilation. Some working-class lesbians felt alienated by the organization’s emphasis on the importance of appearing “respectable” and “dress[ing] appropriately” (Faderman 132-3). Additionally, although ONE, Inc. and the Daughters of Bilitis had enjoyed a close relationship during their early years—many writers worked on the publications of both organizations and The Ladder was advertised in issues of ONE Magazine—deep rifts developed in the early 1960s around these issues of assimilation (White, “Drama” 146).

Despite these conflicts, however, The Ladder represented a key moment in the early homophile movement. It brought lesbians into contact with one another to a previously unknown degree, thanks to its national distribution. Along with the Daughters of Bilitis, The Ladder helped to form and maintain lesbian community across the country. Ultimately, the Daughters of Bilitis disbanded and The Ladder ended publication in 1972, hastened by internal rifts and a changing culture within the homosexual movement. During its tenure, the magazine was instrumental in the development of early lesbian community in the United States.