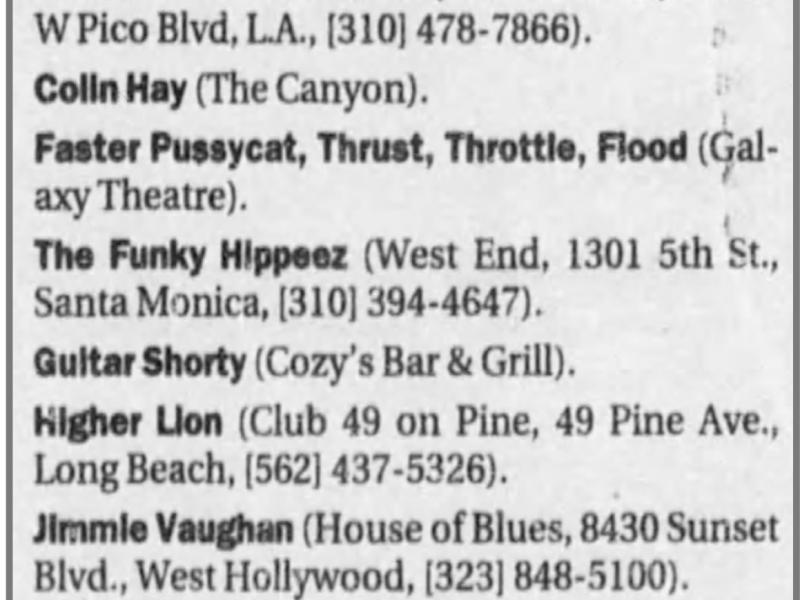 Abstract
The Smell is a famously all-ages LGBT-friendly music venue with a legacy of hosting queercore performers since its opening in 1998. Queercore, not exactly a subgenre of punk, but rather a divergent response to the sexism and homophobia of the punk scene, sought to not only dismantle these prejudices amidst the punk scene but also speak out against the growing conservatism of the gay and lesbian mainstream.
Content

"Much more than a DIY haven, The Smell is one of LA's most queer-friendly spaces," writes Artemis Thomas-Hansard in 2016 for the music publication Noisey. Though Los Angeles is commonly understood to be one of the epicenters of LGBT activism with it’s famously queer-friendly neighborhoods like West Hollywood, Silver Lake, and Los Feliz, queer-identifying and questioning youth have had few options for community spaces. The Smell, which has remained a an all-ages drug and alcohol-free venue since its inception in 1998, has offered queer youth a welcoming home to explore their sexual, creative, and artistic identities.

The Smell was founded by Ara Shirinyan, Jarett Silberman, and Jim Smith in response to the closing of two local venues Jabberjaw and the Impala Cafe. IT was opened shortly after their demise in 1998 and originally located in North Hollywood bfore relocating to a cheaper venue in Downtown Los Angeles.

Read more
Links
Much More Than a DIY Haven, The Smell Is One of LA’s Most Queer-Friendly Spaces
Queercore Scutterfest