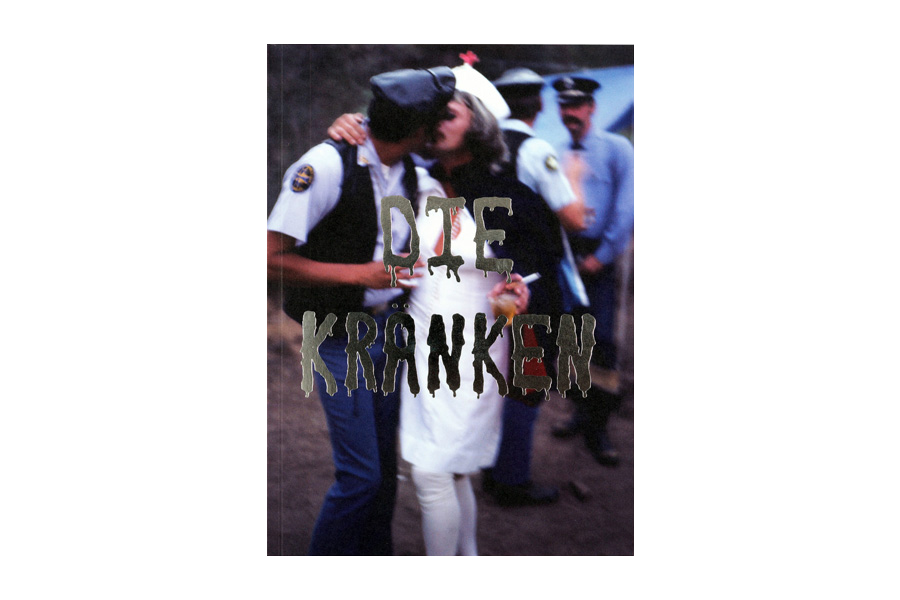 Die Kränken is a group of artists, led by Jonesy and Jaime C. Knight, formed in 2015 in response to the extensive holdings on gay motorcycle clubs in Southern California housed at ONE Archives. Taking its inspiration from these outlaw clubs, die Kränken’s projects examine the significance and complicated history of these motorcycle groups through a variety of multimedia and performative strategies. Frustrated by gay assimilationist aspirations, die Kränken strives for new strategies of queer radicality. The group’s name, translating to “the sick” in German, references both the historical pathologization of homosexuality and the pandemic of a generation of gay men, while nodding to the Blue Max, a local motorcycle club founded in 1968 that fetishized Prussian military uniforms and culture. Die Kränken sees a link between these clubs and the contemporary alienation felt in response to culture at large.

This catalogue accompanies the exhibition Die Kränken: Sprayed with Tears. The catalogue presents works by die Kränken alongside archival images from the Blue Max Motorcycle Club Record and includes an introduction by the exhibition’s curator David Evans Frantz, curator at ONE Archives, with commissioned texts by Andy Campbell, Assistant Professor at the USC Roski School of Art and Design; Curran Nault, Lecturer in Gender Studies and Asian American Studies at University of Texas, Austin; and Corrina Peipon, artist, writer, and curator.