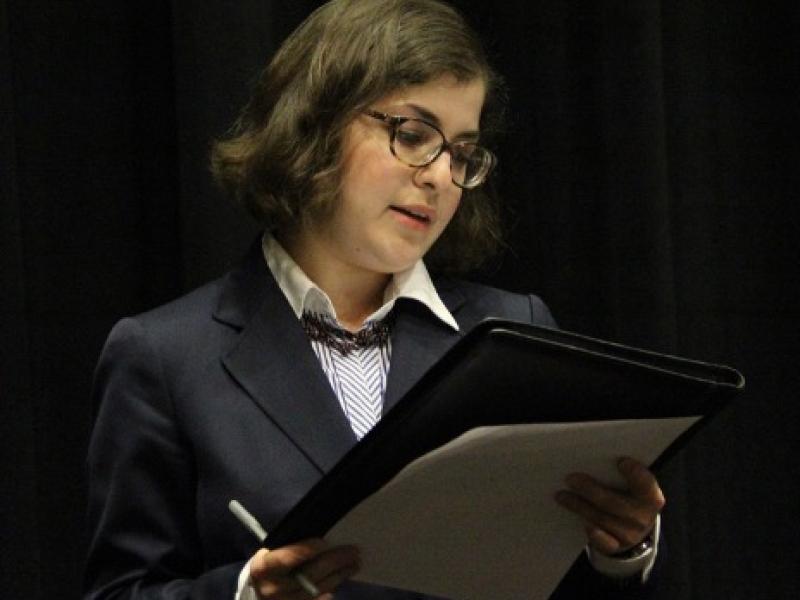 What is your name?
Allison Ross (she/her/hers).

What is your favorite part about volunteering at ONE?
The sense of community and the investment in preserving personal and collective archives are both aspects of volunteering at ONE I greatly admire and appreciate.  It’s a welcome sanctuary during the school year and summers.

Do you have a favorite collection or item you have come across?
I spent a couple of years with the Outfest Collection, which is a treasure trove of correspondence about the festival going back to its early years.  I love the insight it provides into the behind-the-scenes work of running an LGBTQIA+ film festival, and also finding original stills and scripts for some of my favorite queer films!

What is the weirdest/funniest task you have done while volunteering?
I have enjoyed both alphabetizing LGBTQIA+ pulp fiction novels and trying to guess at their contents in the process, and also going through back issues of magazines to determine whether or not they contained queer or trans – relevant content.  In both of these tasks, the “guessing game” aspect of the work resulted in at times hilarious conversations with my fellow volunteers…

What is something that you have learned about queer history while working with the collection that surprised you or you didn’t know before?
I have learned a tremendous amount about pre-Stonewall LGBTQIA+ history, and especially the depth and breadth of queer and trans networking in the 1940s and 1950s.  I found it fascinating the networks that existed, not only in major cities like New York and L.A., but especially in small towns and rural areas, where publications like ONE found readers.

What is something about ONE that people might not know but you wish they did?
One thing about ONE that I wish people knew was the range of materials the archive contains beyond specifically LA-focused materials, focusing on both current and past landmarks in queer and trans histories.

What has brought you joy recently during the pandemic and uprisings?
During the recent pandemic and uprisings, I have found joy in spending time with family and friends in virtual space, and, on a larger scale, watching the extent to which people have come together to support one another and their communities.  On a lighter note, I also seem to have joined the ranks of quarantine bakers and have enjoyed expanding my cooking repertoire…